The Benefits of Thermoelectric Chillers as compared to compressor chillers 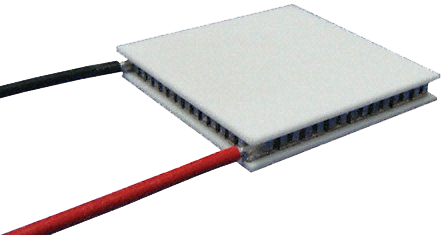 Thermoelectric recirculating chillers (also called Peltier chillers) have many benefits and advantages when compared to compressor-based chillers.  Thermoelectric chillers utilize multiple arrays of thermoelectric chips (TECs) coupled with heat sinks, fans and liquid heat exchangers to provide extremely accurate thermal control of the outgoing fluid.  As TECs also have the ability to heat as well as cool, thermoelectric chillers provide extremely fast and accurate temperature control and stability and can reach a temperature stability of just a few 0.01°C with a stable heat load.  Compressor chillers utilize compressors with refrigerant, condensers and evaporators to provide bulk cooling and typically resistive heaters in order to counteract the on-off cooling of compressors.

Size and noise are other important distinctions.  Thermoelectric chillers are typically lighter and smaller than comparative sized compressor-based chillers and are typically quieter as well.

This fundamental difference gives solid-state thermoelectric coolers the following advantages over other methods of cooling:

Thermoelectric coolers (TECs), also known as Peltier coolers, are solid-state heat pumps that utilize the Peltier effect to move heat. Passing a current though a TEC transfers heat from one side to the other, typically producing a heat differential of around 40°C—or as much as 70°C in high-end devices—that can be used to transfer heat from one place to another.

The principle of thermoelectric cooling dates back to the discovery of the Peltier Effect by Jean Peltier in 1834. All electric current is accompanied by heat current (Joule heating). What Peltier observed was that when electric current passed across the junction of two dissimilar conductors (a thermocouple) there was a heating effect that could not be explained by Joule heating alone. In fact, depending on the direction of the current, the overall effect could be either heating or cooling. This effect can be harnessed to transfer heat, creating a heater or a cooler.

In practice many TEC pairs (or couples) are connected side-by-side, and sandwiched between two ceramic plates, in a single TEC unit.